An Introduction to Quantum Computing

As a kid, or even as an adult, it’s always fun to grab a maze and try to figure out the correct path between the entry and exit points.

When you look at how you solve a complex puzzle like this one, it would be safe to assume that you most likely explore each path one by one, until you find the correct answer. Now imagine you are able to explore all the paths at the same time. Crazy right… Using the power of quantum mechanics, quantum computers seem to do exactly that- but instead of elementary school maze puzzles, we could eventually use them for high-level problems like simulating interactions between molecules and aiding in drug discovery.

At a high level, the power in quantum computers comes from a qubit’s (quantum bit) ability to be in a superposition state, or multiple states at once. In a classical bit, it functions like a lightbulb where it can either be on (1) or off (0).

A qubit, however, can be in a superposition of both 0 and 1, essentially being both or any combination of both at the same time. Using this, among other quantum phenomena, quantum algorithms are able to manipulate multiple states at once, and therefore be exponentially more efficient. Though quantum computers are currently not anywhere near as powerful as they could be, future applications of quantum computers could include:

If you want to know more and get into deep tech details check the full article at medium.com shorturl.at/ikwMN 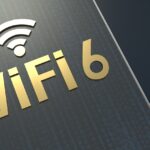